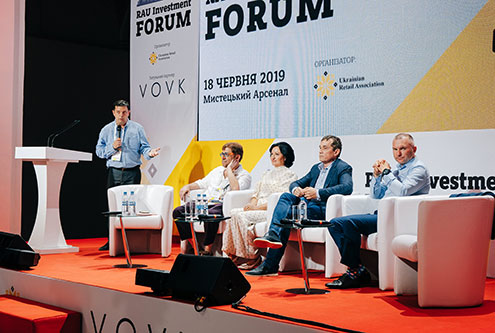 Concorde Capital CEO Igor Mazepa discusses challenges for business, the drivers of economic growth, and the investment attractiveness of the real estate sector.

Igor Mazepa discusses challenges for business, the drivers of economic growth, and the investment attractiveness of the real estate sector.

Today one of the main challenges for Ukrainian business is access to capital at a smart price – states Igor Mazepa. In the last four to five years in Ukraine, unfortunately, there has been practically no access to banking capital. Banks are either not lending to Ukrainian business, or it’s extremely expensive. As earlier, foreign investors are not particularly lending in Ukraine for objective reasons: high country risks, corruption and unprotected investor rights.

That’s why businessmen are left with finding alternatives for attracting capital. This includes looking for money from local investors. Financing for quality projects can be found. Deals worth USD 20-25 mln can absolutely take off. But the cost of such capital is not 5-6%, but in the range of 20-25%.

By the way, in the last two to three months, we at Concorde Capital have closed several deals that attracted relatively large sums of capital for a series of projects. Unfortunately though, now in Ukraine $50-70 mln sounds impressive, when once an entirely different range of figures was doing the impressing. Nonetheless, there is money in the country.

Where business can find money is not the most complicated question. The complicated question is at what price – comments Igor Mazepa. Currently, the National Bank is fighting against inflation and devaluation at the expense of debt resources, among other things. And in theory, at the expense of each businessman. So far the National Bank’s interest rate of 17.5% is not functional. Yet commercial banks and investors are tied to it. I still am not particularly optimistic and think that in the nearest future (till the end of 2019), this rate won’t decline significantly. Accordingly, the cost of attracting capital won’t decline either. Till the year end, business will pay rates of 20-25% in hryvnias for this resource.

In expectation of foreign investors

The last three-five years have been marked by the departure of foreign investors from Ukraine – says Igor Mazepa. Large international corporations have been leaving: Shell, HeidelbergCement, American Insurance Group. And another troika of companies are preparing to leave. So in the nearest future, Ukraine is left to rely on its own strength.

Foreign investment in Ukraine accounts for only 1-2% of GDP. And if to consider that among these data is a sizable share of “Cypriot investors,” which are in essence Ukrainian, then the figure is even lower. Domestic investment accounts for 17% of GDP in Ukraine. That’s not something to be proud of, but a reason to evaluate your mistakes and begin to change something so that more foreign investors could come here. All the while, Ukrainian business is keeping about UAH 400 bln in bank deposits here, or 11% of GDP. And it’s not investing this money in the country’s development.

Consumer demand – among the main drivers of growth

The modest growth currently being demonstrated by Ukraine’s economy is largely owing to growth in consumer demand, which in turn drives GDP growth. That’s why I consider consumer demand to be one of the main drivers of our economy – stresses Igor Mazepa.

Real estate will be among the leading growth sectors

Once Ukraine’s economy demonstrates more substantial growth, it’s the real estate sector that has all the chances to become one of the leading sectors that foreign investors will begin to enter. Along with alternative energy and several other sectors. That’s because real estate is a clear and understandable sphere that functions the same throughout Ukraine, Europe and Asia. When considering the options of investing in real estate and making a bank deposit, then a deposit will bring an average of 10% annually, while real estate offers about 15%. Taking into account the experience of Eastern European countries, which have undergone difficult times, real estate was one of the first spheres that pulled up the country and attracted funds.

Recently, we have seen many successful Ukrainian companies and businessmen who have pulled themselves up from zero and have invested their efforts and emotions in developing their business. Ukraine is a unique country from the viewpoint of possibilities. Any crisis is not merely a difficult period. A crisis is a solid starting point from which one can start, develop and achieve success.

Igor Mazepa: “We are ready to prepare the Indar and Krasnolimanska privatizations...
Scroll to top