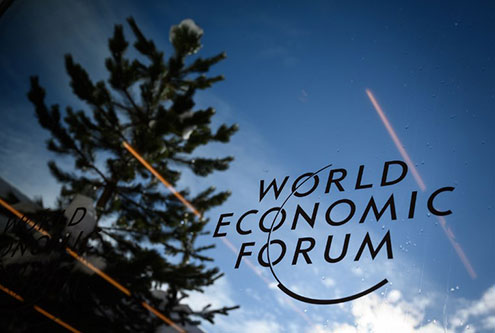 The Forum’s main theme this year was globalization, or specifically, its consequences, as well as the fourth industrial revolution and digitalization. Therefore many spoke about the digital economy, technologies, innovations and artificial intelligence.

Martina Larkin, the World Economic Forum representative in Davos, noted in her report on European competitiveness that not one of the top ten biggest technology companies is European. The U.S. and China are the two countries where technology is dramatically developing. That particularly applies to artificial intelligence. China is simply booming. The Chinese have many ideas on new businesses in artificial intelligence. And not only ideas, but possibilities.

The first reason is China commands large volumes of data. And as we know, who controls information, controls the world. Secondly, it’s China’s national strategy in investment. Everything is being moved towards researching artificial intelligence: venture companies, private investors, the government and technological giants.

This reminded me of my conversation with Dr. Michio Kaku, the physicist and visionary, who believes that the fourth industrial revolution will bring a wide dissemination of artificial intelligence technology, as well as bio- and nanotechnology, which will change us and our lives beyond recognition. That’s already occurring.

Heads of states, businessmen, investment bankers, experts and internationalists discussed slowing growth in the global economy and the risks of a new global economic crisis in 2019-2020. But this time the reasons are linked to trade wars, oil prices and Brexit.

Communicating at the forum with foreign investors, I was convinced of the notion that the hype surrounding the elections, as with political events as a whole in Ukraine, is merely background noise that doesn’t significantly influence decisions to invest in Ukraine. Above all, investors await from us real reforms, regardless of the regime that comes to power.

Ukraine has very prospective directions for investment, among them alternative energy. My colleague, Yulia Kovaliv of the National Investment Council Office, can boast of signing in Davos a framework agreement with the Norwegian company NBT, which will boost the volume of investment in Ukrainian alternative energy and which is ready to build an additional 700-800 MW of wind-powered energy in Ukraine.

It’s worth mentioning that Concorde Capital also has in the pipeline very attractive investment projects in the sphere of green energy and we hope to discuss successful deals in the near future.

Political topics, as usual, were very widely discussed. And in open discussions, and in the corridors. A topic of particular discussion was the absence in Davos of several influential world leaders. What future awaits certain countries and unions? Could the process of Euro-integration turn in the opposition direction?

We will get the answers to all these questions in the nearest future.