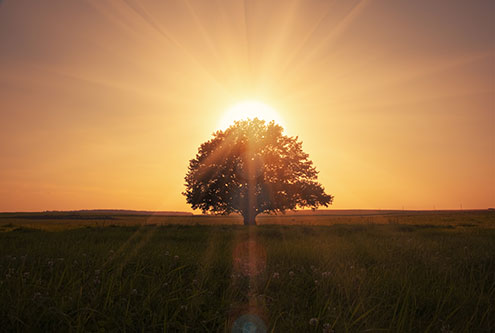 Last year was somewhat boring for Ukraine and, in general, not particularly saturated with events. That can hardly be said for 2019, which is certain to be eventful.

No matter what happens, political developments will merely serve as a background, just as the weather outside your window. We needn’t rely on politicians for our improvement, but simply work to make our lives better. If we focus on that, then our country will heal better.

Taking various political developments as a given, I’d like to focus on the economic opportunities that the new year can offer us. And many of the positive things that can occur this year have already been set in place recently. They include the improved situation in the Ukrainian financial sector that I expect from recently approved legislation (the law on creditor rights, the new bankruptcy code for individuals) aimed at enhancing the negotiating positions of banks with unreliable borrowers. That, along with the gradual reduction of the National Bank’s discount rate, will gradually invigorate the banking sector. Lending will grow and possibly even begin to resurrect the mortgage market, along with the real estate market, which will spur growth in related sectors.

That also includes the inevitable growth in wages, which will outpace inflation since pressure from European employers on our labor market will even harder to restrain. And in turn, that also will invigorate the service sector as well.

There is the continuation of medical reforms that will rebuild our medical system a bit and will make it – if not more accessible – then certainly more effective. And we see large opportunities here, particularly for private medicine in which we will continue to invest.

There is also the Big Privatization of large state assets, which I am confident will begin this year and with our active involvement. I am convinced that the majority of assets targeted for privatization won’t be affected by this year’s political risks. At minimum, they will weaken opposition to the privatization process from politicians and their entourages, which will be a great success in and of itself. And the Big Privatization should significantly enhance the interest of foreign investors in our market, and even lead to an investment boom that we haven’t seen in more than a decade.

Yes, we can’t ignore the risks posed in 2019. That’s the possible drop in global prices in raw materials, which is being discussed with increasing certainty for more than a year now. That’s also the high rates for foreign loans for Ukraine, creating immense discomfort for both the state and business. That’s also the risk of our country turning away farther from the IMF and closer to default, a scenario that I don’t believe in, by the way.

While we’re on the subject of the IMF, I am certain that every thinking politician is aware that without its financial support, we won’t be able to get through 2019 and 2020 without losses. (As an extreme, I don’t think we can count on Russia’s financial help.) At that, we should finally understand that the IMF won’t help us become wealthier or happier. The IMF is merely a doctor who helps us treat our chronic illnesses. Do you expect a doctor to make you wealthier and more successful? In doing so, we can only rely on ourselves.

In general, the list of events in 2018 that didn’t occur or were postponed is longer than the list of our country’s successes. Nonetheless, this last boring year offered a solid start for the future. And this year is called upon to fulfill this launch to the greatest extent.

Commented Igor Mazepa his outlook for 2019.