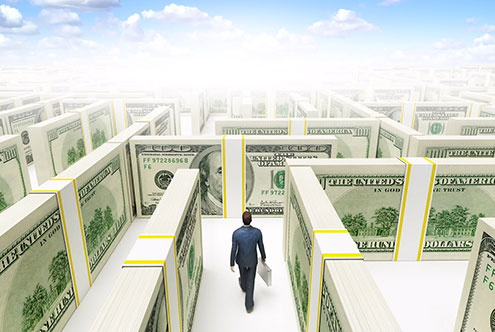 Igor Mazepa, CEO and Founder of Concorde Capital investment company, shares his views with the Ekonomichna Pravda on what is happening with the dollar and what Ukrainians should do.

“The dollar devaluation topic has become very popular in recent days on the Internet, on radio, and apparently on television. They say that the dollar has lost almost 12% in value, and this is not the limit.

There are two serious distortions in the media coverage of a record dollar decline,” comments Igor Mazepa.

“First, when they talk about the “dollar collapse” in comparison with other currencies, everyone means a specific period of time that began after March 20, which was the peak of the coronavirus panic. Indeed, if we look at the dollar dynamics since mid-March, it “has lost a lot in value” against other freely convertible currencies. Nevertheless, whoever makes this buzz forgets to add that the dollar had strengthened against most currencies during the month before. It had strengthened precisely because of the panic, when they were selling off everything they could, including stocks, bonds, and other currencies. Therefore, the so-called devaluation of the dollar since mid-March is mainly a consequence of its sharp strengthening in early March. It had strengthened then for one simple reason: this is a trusted currency,” comments Igor Mazepa, Concorde Capital CEO.

“Second, when we talk about the “fall” of the dollar, we try on our local realities on the United States. On our end, it is always definite: the hryvnia devaluation is always a nightmare. This is not the case, however, since the dollar is still the main currency and the key metric of everything in the world. Americans can proudly say that their main stock market index, S&P 500, has grown by 13% year to date and by 65% since 20 March. By the way, it has grown in dollars. The global prices for grain, metals, and oil have also gone up in dollars. However, no one says that the dollar “has fallen” against stock indices, oil or wheat. This is simply because this is nonsense. This is exactly what happens with currencies: the British pound (like wheat or oil, or the S&P 500 index) has grown in dollar terms by 16% since March 19. There is no perfidy in this, as well as in the fact that the pound had fallen sharply (by as much as 11%) during the month before March 19. 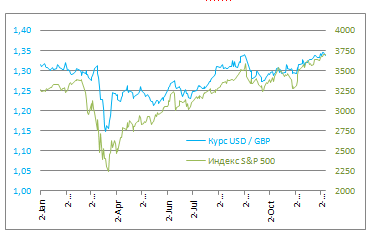 Therefore, dollar is fine. It can still be a measure of prices for basic raw materials, stock indices, prices for Ukrainian Eurobonds (some of them, by the way, have gone up by 100% since mid-March), and even the wealth of domestic oligarchs. We should not feel pity for Americans. They did not even notice the “depreciation” of the dollar. Although, they may notice it in the near future when their exports would grow, coupled with an increase in employment, profits of transnational corporations, and the stock indices,” says Igor Mazepa.

“What is the takeaway?

Well, first, do as Americans do: do not keep money under your pillow, even in dollars (and especially in dollars as I red-flagged it back in the spring).

Second, do not panic; do not rush to sell dollars once you have them. Make sure that your savings are diversified. Because if you save in one currency and in one place, you will definitely lose,” Igor Mazepa added.

Igor Mazepa: Suburban real estate is one of the strongest investment cases
Scroll to top