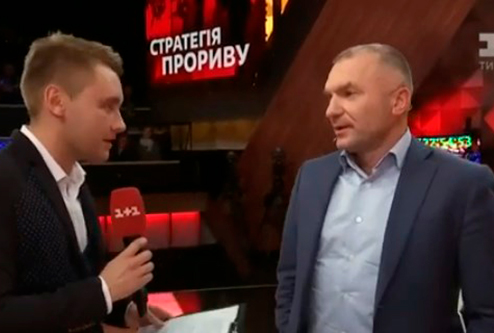 # On the investment climate

I am convinced that Ukraine is certainly on the radars of foreign investors, for various reasons – says Igor Mazepa. Starting from the fact that the new government gained more than 70% during the elections and ending with the new government being the reason for the impeachment of the American president, among other things – continues Igor  Mazepa. It’s important to take advantage of that in the right way now. What we are currently hearing from the new team in government are quite appropriate approaches. Yes, often their messages sound like slogans, – says Igor Mazepa. But nonetheless, the new government is taking quite consistent steps from the viewpoint of liberalization, including approving the laws on concessions, privatization – which involves canceling the list of companies that had been forbidden for sale – and the launch of the land market.

#On the land market

The land market is both an enormous opportunity, as well as a huge risk. The risk is that the government won’t have the will and courage to squeeze through the most liberal scenario, which is to allow the sale of land to foreigners. I don’t see any risk in that – comments Igor Mazepa. Yet there is a divergence in what the government had declared in August, and what it’s saying now. Obviously, the government has begun to become oriented on ratings, which is not a very good signal, in my view. Foreign investors are categorically convinced that returning the bank to its prior owners isn’t necessary.

# Are foreign investors following the situation with Privatbank?

Yes, Privatbank is a marker. It is a litmus test for foreign investors – says Igor Mazepa. This is a problematic story for the government. Undoubtedly, there were procedural violations in the framework of nationalization. At the same time, there were positive in nationalization. Foreign investors are categorically convinced that it’s not worth returning the bank to its previous owners.

Igor Mazepa, CEO of Concorde Capital, talks about the efforts of the new government on attracting foreign investors to Ukraine.

Alexander Paraschiy, the Head of Research at Concorde Capital, discusses the...
Scroll to top