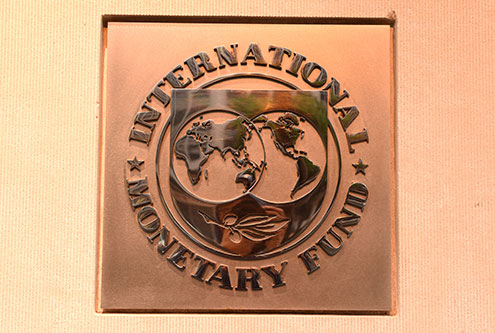 Alexander Paraschiy, the Head of Research at Concorde Capital, discusses the next IMF tranche for Ukraine

Ukraine’s future now and whether we should be concerned about the fate of the next IMF tranche and, accordingly, our country’s reputation in the eyes of international investors.

The leading American business publication, the Wall Street Journal, wrote last week the IMF has postponed its program of supporting Ukraine out of concern that Kyiv doesn’t plan to demand compensation for the losses of Privatbank that were incurred by its former shareholders.

This raises the question of whether we should be concerned about the fate of the next IMF loan tranche and, accordingly, Ukraine’s reputation in the eyes of international investors. Probably not, so far.

As always, news from Ukraine reaches publications across the ocean quite slowly and the Wall Street Journal is the latest example of that. News on the IMF having postponed its talks on a new loan program with Ukraine surfaced at the end of September, that is, more than a month before the article was published. And although the situation involving Privatbank was obviously one of the reasons for the postponement – one can draw the conclusion from the article that Privatbank is in fact the main obstacle in current talks with the IMF – it’s also not the only one.

Other issues that worried IMF representatives in September were the independence of the National Bank, progress in the fight against corruption, the liberalization of natural gas prices for the public and state budget parameters for 2020. The last point is particularly important. Only after the confirmation of the main budget parameters will there be more subjects for discussion between Ukraine and IMF experts. Only after the budget is approved will it be worth expecting the activation of talks with the Fund.

The single new information in the American publication’s article is the idea that the situation of the U.S. president’s impeachment – in which the Ukrainian president is directly involved – magnifies the attention of Americans towards events in Ukraine. In this way, the U.S. (where the IMF headquarters are located) can be more meticulous with regard to the conformity of the Ukrainian government’s actions with IMF requirements.

I am not sure this notion makes sense. In all likelihood, an article that mentions Donald Trump’s impeachment simply reads better. Even without that, the IMF very meticulously approaches key issues that emerge regarding Ukraine. So it’s doubtful the political situation in the U.S. somehow will influence the Fund’s view on a new loan program. And Kyiv, as always, simply needs to do its homework in order not to lose the trust of the IMF, and the trust of the investment community, accordingly.

Therefore, Ukraine needs to approve the 2020 state budget, show real results in the fight against corruption, not delay with the promised liberalization of prices for energy transiters, as well as prove to the international community that an independence monetary policy by the National Bank is not threatened by anything, but instead a great deal threatens the owners of bankrupt banks.

IMF officials know well that securing compensation from the owners of bankrupt banks won’t be done quickly. Otherwise, they would not be talking about a new loan program of USD 5-6 bln, but simply would have recommended the government to get these funds directly from (Ihor) Kolomoisky, (Mykola) Lahun, (Kostyantyn) Zhevago and other former Ukrainian “bankers.” It’s possible that securing compensation from former bank owners will be more strictly addressed by the IMF, but probably not this time.