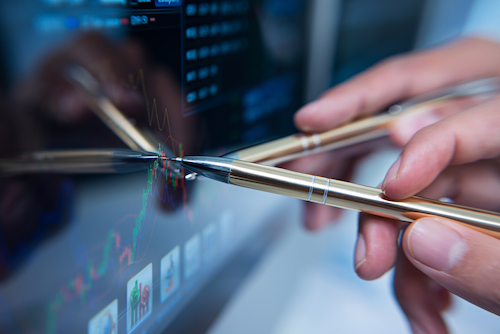 The world of large foreign money strongly differs from the world in which we all live. It’s a world in which former Head of the National Bank of Ukraine Valeria Gontareva is not a monstrosity, but the most professional among Ukrainian reformers.

It’s a world in which oligarchs are not divided between evil bloodsuckers and horrific usurpers, but between reliable partners and swindlers. It’s a world in which Ukraine’s location is not in the center of Europe, but somewhere between North Africa and the Middle East.

To understand it a little, Igor Mazepa focuses the attention on the thoughts of the representatives of foreign investment funds that they expressed at the Concorde Capital Investment Conference 2019 that we held on 16 May, 2019 in Kyiv.

Who are these people

The representatives of six global investment funds and international financial institutions (IFIs) participated in the discussion. They manage an amount of capital that exceeds Ukraine’s economy by almost ten times:

On Ukraine’s place on the map of international investors

“Ukraine has to compete with lots of countries and it seems like the pace of reforms in the last several years has been really disappointing,” rather diplomatically noted John Patton, portfolio manager at Argentem Creek Partners. Expanding on this statement, we can see in what very “segment” we can compete in.

If we base our assessment on Ukraine’s credit ratings, we see a rather complicated picture: our closest “competitors” are by no means the leading Western countries, but the economies of the Third World.

Equal to Ukraine’s rating is the lot of Congo, Iraq and Lebanon. Those below Ukraine’s ratings are only Mozambique, Puerto Rico, Zambia and Venezuela. That’s our real place on the global investment map.

“Let’s say you move the sovereign from a B- up to BB. That becomes a completely different story, as we’ve seen on other markets,” noted Andrei Rodzianko of Canyon Capital Advisors. By the way, a BB rating is the level of Georgia, Bangladesh, Paraguay and Guatemala.

In the view of Timothy Ash, a strategist at BlueBay Asset Management, we appear competitive in comparison with Iraq, Tunisia, Jordan and Zambia. Not bad company.

Such an “honorable” place, in his view, was earned for two reasons:

Besides high interest rates for our debt, our macroeconomic stability makes us competitive. It’s what the IMF had demanded from us for so long, and what the NBU tried to uphold in fighting with reckless banks and maintaining a high discount rate, regardless of the widespread criticism it drew.

By the way, international investors unanimously offered high marks on the National Bank’s work in restraining inflation. Leading economist Dimitar Bogov of the EBRD assessed the NBU’s work as excellent, stating, “Interest rates are very high, but these are just consequences of some other policies that were not conducted as they should have been done.”

In particular, we have worked inconsistently on reforms agreed upon with the IMF, he said. (Bogov mentioned the last USD 18 bln program.) “Ukraine drew just half of that and the last tranche was in April 2017. Why the others were not drawn? Because of some policies, which were mostly connected with government issues. Anti-corruption issues were not conducted as they should have been done,” Bogov noted.

Recipe for improvement: are things so simple?

Basically, nothing that you wouldn’t find in any election program or any more-or-less sane strategy. Everything is so banal that it’s even uninteresting. But, damn it, perhaps it would be worth it to do everything once and for all — and take a look! An economic miracle.

So, all the respected speakers noted that the most important basis for any progress is economic stability, in prices and the exchange rate, an indispensable attribute of which they see as the National Bank’s independent monetary policy and IFI cooperation – commented Igor Mazepa.

“If Ukraine continues to do the things it has done in past one-and-a-half, two years, it will be just fine. It has an external anchor,” noted AllianceBernstein Senior Economist Markus Schneider. It’s such fragile stability achieved by the National Bank that was touted by Western creditors as an important foundation upon which all further improvements can be built.

“If we are not comfortable in the macroeconomic climate, we likewise will not participate as investors,” noted Jason Pellmar, the IFC regional head in Ukraine. He stressed that he was expressing the general view of all the IFIs present in the country.

He was backed by Bogov: “At first is the National Bank’s independence in monetary policy, and only afterwards can we move further.” As part of that “further” he sees the improvement of institutions that can guarantee the rule of law, the protection of private property rights and free economic competition.

Pellmar shared the same view, including trust and protection of investments. “People investing enormous capital here want to know that they are in an environment that respects investments,” he said.

Besides that are reforms, among which the IFC representative identified as privatization. He expressed his conviction that the ability to significantly improve the flow of foreign investments in Ukraine will boost economic growth.

IFI representatives also noted government efforts to begin privatizing state banks, promising to support this process. Pellmar said he also sees a large potential for growth in foreign investment and bank lending with the launch of an open land market.

Patton warned that reforms should be quick and large-scale in order to attract foreign investment. That’s also needed in order for Ukraine not to lose its place in the global agenda amid all the trade wars and approaching elections in the leading Western countries.

On the NBU and the collapsing banks

After the stormy “oligarchs panel,” which more than anyone offended the leadership of the National Bank – and Gontareva, in particular – the representatives of international investors threw themselves at the chance to defend the NBU’s work in cleaning the banking system.

“Fixing the banking sector was a major step and it seems to me it has been done very successfully. I don’t necessarily share your concerns because frankly I don’t really care what (Kostyantyn) Zhevago thinks about his former treatment, because I totally don’t agree with it, and the same goes for the gentleman on the far end of the last panel (Oleg Bakhmatyuk). I think the oligarch opinions are less important than they were several years ago,” Patton said.

“If you think about the idea of all these oligarchs having banks, using those banks, taking depositors’ money and funding their own businesses for their own gains, it had nothing to with job creation. It had nothing to do with some of the great and grand things they were talking about. Of course, it’s going to be painful to remove those from the market.”

Ash explained the problems of the banking system in greater detail, demonstrating how international investors view the possibility of investing money in a country, “Studying any country, an analyst starts with filling out a form that determines whether it meets simple criteria.”

Of course, the international investors couldn’t avoid the issue of Privatbank’s nationalization as a significant event in the Ukrainian financial sector.

They didn’t comment on the privatization process particularly eagerly and the justification for writing off Eurobonds, assuming that not everything was so smooth. Yet everyone noted that the process was inevitable and the decision to nationalize the bank was the right one.

“The guys at the time had to make really difficult decisions when lots of other things were going on. Probably some procedural mistakes were made. But I think the decision to nationalize at time was absolutely the correct decision and a very brave decision,” Ash noted.

The Westerners were even more categorical when discussing Privatbank’s possible denationalization. IFI representatives said unanimously that this will lead to economic collapse.

“We regard the way Privatbank was dealt with in 2016 was appropriate and any reversal would be hugely damaging to the financial stability of Ukraine,” Bogov said. Pellmar added that in the event the nationalization is overturned, Ukraine will need to forget about cooperation with international financial organizations. “You will hear from all of the IFIs in the country that there is no tolerance to see Privat go back into a process that would cause a reversal of all the good that has happened,” he warned.

From the position of private investors, Ash noted that it will be very uncomfortable for them to invest in Ukraine in the event of Privatbank’s denationalization since the challenges for economic stability will be significant.

On economic risks for Ukraine

It’s remarkable that foreign investors don’t see a possibility of Russia expanding its military aggression against Ukraine. “There is clearly an incentive for Russia to test the new president elect,” Schneider noted.

Yet he expects that such a test will be limited to economic measures. Moreover, a military escalation will be considered by the West as crossing a red line, after which bipartisan support in the U.S. Congress would “flare” for more intense sanctions.

An important economic risk for Ukraine is Russia’s construction of the Nord Stream 2 pipeline, Patton said. This is one of a few factors not dependent on Ukraine. “The risks are almost all in the hands of the Ukrainians except with the Nord Stream 2 situation,” he said. Schneider noted that the main internal risk is political.

In summary, the discussion participants said investors need to be convinced that the macroeconomic stability achieved under former President Poroshenko, including the National Bank’s well-recognized independence, will be preserved.