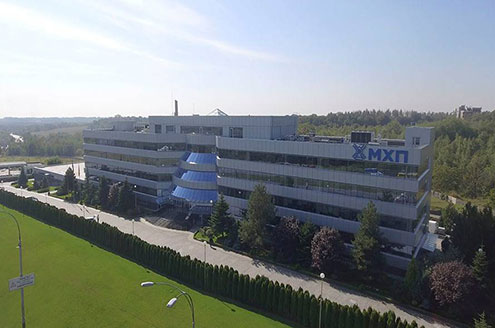 Alexander Paraschiy, the Head of Research at Concorde Capital, discusses whether the state needs to subsidize MHP

Yesterday, the president offered to compare the amount of fiscal support for MHP and the amount of dividends that its shareholders gained in 2017-2018, assuming the figures are the same.

We performed some accounting for MHP: truly, it gained about UAH 2.5 bln (USD 88 mln) in state support. Yet the dividends paid were significantly higher: an entire USD 160 mln. The state support that MHP received is one of its sources of financing, at the level of financing at the expense of shareholders and creditors.

The main question is just how effective the company used all its existing sources for financing. It looks as though it was rather effective, which can be proven by the relations of foreign investors with MHP.  The company is more trusted than the Ukrainian government, which is demonstrated by MHP’s ability to attract financing from abroad at a lower rate than MinFin is able to.

Last week, the company issued an eight-year Eurobond at 6.95%, while Ukraine’s MinFin had to settle for an 8.99% rate on its five-year Eurobonds issued last year. Between 2006 and 2012 – when the company still hadn’t paid dividends and used all its available costs for investment – MHP received USD 560 mln in state support and invested USD 1.39 bln in its development, including the construction of a massive poultry factory.

As a company that is accountable and grateful to its investors, it pays its debts and dividends in a timely manner. It pays its dividends because in the last decade, it has completed many large-scale investment projects, including at the expense of shareholder assets. And now it feels the need to share its successes from its investments with its shareholders, among which are many foreign investment funds. It does this with the hope for their future partnership and support in the event that the company will need additional funds.

To summarize, between 2006 and 2018, MHP gained state support in the amount of USD 950 mln, invested USD 2.289 bln in the purchase and development of assets and paid USD 490 mln in dividends. That’s the mathematics of it.

Commented in his column for the LigaBiznesInform (biz.liga.net) news site, Alexander Paraschiy, the Head of Research at Concorde Capital (CEO of Concorde Capital is Igor Mazepa )  whether the state needs to subsidize MHP

The international markets reacted positively to the results of Ukraine’s parliamentary...
Scroll to top