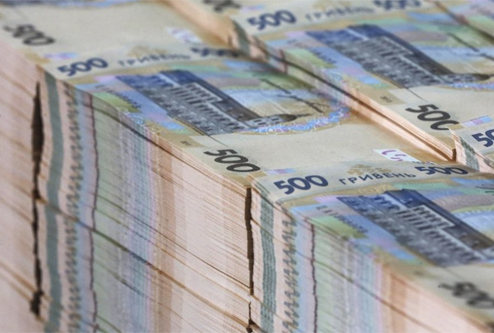 The hryvnia’s strengthening, which has continued for the last 6 months, was hard to forecast. It’s worth noting that the exchange rate’s “anomalous” behavior began to be observed already in October 2018 when it unexpectedly stabilized, followed by its strengthening amid the traditional widening of the current account deficit. This tendency extended into 2019. The hryvnia weakened a bit in January 2019, before improving again in February and March.

There have been several factors behind this trend. The increased purchases of state bonds by non-residents are only one of them. The “pre-elections cash” theory is not without foundation. The hryvnia unexpectedly strengthened in October and November, which coincides with the start of active election campaigning. However, finding confirmation of this theory in the official statistics is quite complicated.

A development that is difficult to explain is the swelling foreign currency streams from trade credits that occurred in the third quarter of 2018. This volume reached USD 1 bln, compared to USD 0.4 bln in the first and second quarters of 2018 (according to statistics of the National Bank of Ukraine’s balance of payments). It’s quite difficult to understand the nature of this splash.

The situation also wasn’t clear cut with the circulation of cash. In November and December 2018, Ukrainians bought more foreign currency than sold (according to National Bank statistics). Yet in January and February 2019, Ukrainians began to actively sell foreign currency, which likely became among the factors fortifying the hryvnia at the year’s start.

At the same time, it can be assumed that part of the demand for cash is being fulfilled by the “pre-elections cash” that is entering the black and gray markets. And that is also supporting the reduction of devaluation pressure. It’s also worth considering that in November 2018-January 2019, month-to-month declines in goods imports were observed, which also helped reduce demand for foreign currency.

Mild hryvnia devaluation, by up to 5% annually, is the fundamentally reasonable tendency in the mid-term perspective. The current account deficit of balance of payments operations – against the background of weak foreign currency inflow to the financial account – will create devaluation pressure. These tendencies in the external sector will remain relevant throughout 2019. The negative trade balance will grow since goods imports will exceed exports, while inflow to the current account will be leveled by high debt payments in foreign currency.

Finally, forecasting the exchange rate’s behavior this year will be rather complicated. Assuming that the “pre-elections cash” factor has been significant, then it can be expected that this factor will continue to be in play for most of this year. The end of the presidential elections in April will be immediately followed by the parliamentary elections campaign, which also promises to be heated. And if the money supplies of political players aren’t exhausted by then, then new infusions could certainly arrive.

We expect the exchange rate until the end of March will be in the range of UAH 27/USD.

The reaction of the international debt markets to Ukraine’s early presidential...
Scroll to top