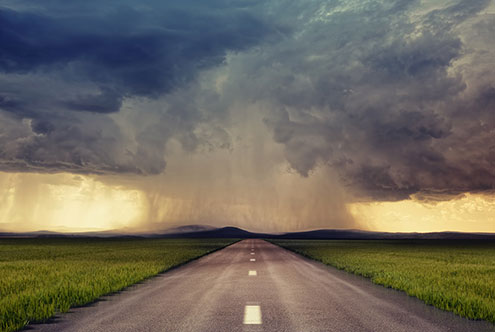 Igor Mazepa assumes that there might be some problems in the global economy. But no one can say with certainty when the new financial crisis will occur.

One of the most discussed topics in the global community is the magnitude of the risks of a new economic crisis. This was also addressed at the World Economic Forum in Davos this year. In the view of the heads of state, businessmen and experts, a crisis is possible and its reasons will be tied to trade wars, oil prices and Brexit.

Is a repeat of the 2008 scenario possible?

So far, serious grounds are lacking for an oncoming financial crisis in insolvency. But there are some indicators that problems have begun in the global economy.

When to expect the crisis

No one can say with certainty when the new financial crisis will occur. We remember there was a crisis in 1998, as well as 2008. And because of such numerological patterns, many experts began to speculate on 2018 as the year of the latest global crisis. That didn’t happen, though now these expectations have gradually shifted to 2019-2020 accordingly. Nonetheless, I believe that even if economic growth cools in key economic spheres, then that won’t necessarily lead to a serious global economic crisis.

Lessons have been learned from the last two serious crises. For example, we have seen the U.S. Federal Reserve Board deciding to delay raising interest rates, which had been expected in January 2019. At the same time, it has sent the signal that it’s ready to act if something doesn’t go as expected. In all likelihood, those mechanisms that were used in previous crises – printing money, cutting interest rates and others – will be applied before the situation goes too far. And that will help the world avoid serious problems.

Yes, the world was able to get through difficult crises in the last two decades and amass certain experience in overcoming problems. But that doesn’t at all mean that a crisis as yet unforeseen can’t сome upon us. That’s because the prospects of certain “black swans” is being widely discussed. The financial sector is more technologically dependent than ever and all its processes occur a lot faster than even ten years ago. Accordingly, it’s now necessary to react to any financial challenges a lot quicker. The concern has arisen that old regulatory methods won’t be able to cope with new problems in the event that something goes wrong again.

One of the possible “black swans”, for example, can be the current U.S. Vice President Michael Pence becoming president in the event of Donald Trump’s removal, for whatever reason. And that can be a serious challenge to the world financial system. If he’s able to influence the Federal Reserve System, Pence could adopt a hawkish monetary lending policy instead of Trump’s observable dovish approach. Pence has advocated the gold standard in the past, and he has influential allies with similar views who are deeply opposed to the intense monetary stimulation observed in recent decades. That can lead to rising interest rates and reduced liquidity, substantial outflow of capital from emerging markets and rising costs of new debt, a strengthened U.S. dollar, a world economic slowdown and plunging prices for commodities, all of which would be extremely negative for Ukraine.

There’s another political risk, which is changes in the European Parliament after the May elections. They can end up bolstering the positions of the anti-establishment forces, the so-called “anti-globalists” and populists from the Left and Right. More of those who would like to literally dismantle the European Union will be added.

The possible effects of a world economic crisis on Ukraine

Regarding a financial crisis and the analogous problems of insolvency in 1998 and 2008, then more likely than not, the effects of such a crisis on Ukraine will be minimal. That’s simply because Ukraine so far remains outside of mainstream financial events. In 2008, Ukraine suffered severely from foreign capital outflows. So much so that there’s virtually nothing left to flow out anymore since not much new investment has entered the country since the moment of the 2008 crisis. Therefore, Ukraine is in a safe position, more or less, compared to other economies, including Russia.

The biggest risk for Ukraine is falling commodity prices, especially in the metallurgical and agricultural sectors. If there’s a significant drop in prices, then a new wave of economic crisis will certainly begin. Our export sectors won’t draw enough volumes of currency. As a result, we could also have problems with maintaining a stable hryvnia. At the same time, we will have a decent safety margin in the next year given last year’s record harvest, which adds hope for the hryvnia’s stability.

Besides the harvest, we can also count on the support of our foreign lenders. The National Bank forecasted that our Western financial partners will offer us lending of more than USD 9 bln, which is almost half the money that we will need to repay in 2019-2021. So if the IMF remains in Ukraine, I think we can calmly get through the next two years without serious consequences to our financial system.

For the IMF and EU budgets, the funds earmarked for Ukraine are a drop in the bucket. So even if a new crisis wave emerges and these institutions will have to spend more to preserve Ukraine’s economy, they will hardly deny us support. Of course, everything will depend on Ukraine itself, to a large extent, and whether we will meet those requirements set by the IMF and EU.

How Ukrainians can protect themselves from the effects of a crisis

To protect their capital, Ukrainians should consider diversifying their risk. If they have savings, then it’s wise to hold part of them in hard currency (various currencies, at that), and another part in hryvnia-denominated savings deposits or Finance Ministry bonds, for as long as they offer strong returns. What’s certainly worth avoiding is the various crypto-currencies floating around.

What awaits the M&A market in the agri sector in 2019?
Scroll to top