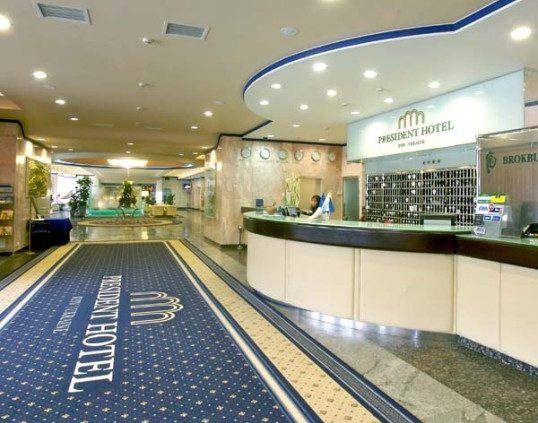 Concorde Capital has prepared its proposal as the investment adviser to the President Hotel. The ball is now in the court of the Cabinet of Ministers of Ukraine, – says Igor Mazepa in how exclusive interview to Interfax Ukraine news agency.

The situation remains the same as we mentioned earlier: the hotel is not up for privatization, only the agreement to rent it, since there is already a tenant who is managing the President Hotel state enterprise, – says Igor Mazepa.

We proposed two options to the cabinet:

1.Either we sell this asset under the status that it currently has, and then it will cost UAH 200-250 mln, since a normal investor won’t invest in simply a rental agreement, a stream of cash,

2.Or we can try to sell the hotel for several times the price, under the conditions that the cabinet has a strong legal position to terminate the existing rental agreement for the President Hotel. But then the cabinet should apply the strength of its will, go to court and understand that a long and difficult path lies ahead.

So far, the cabinet has chosen the worst option, which is to do nothing. In order to reach a decision, a set of balls are needed, – comments Igor Mazepa. But they are lacking, it seems. As earlier, the ball is in the court of the cabinet and State Property Fund: a year and a half has passed from the moment we transferred our prepared recommendations and verified piles of documents to the State Property Fund. But nothing has happened, as before, – says Igor Mazepa.

I believe that every day of “not doing anything” is certainly worse than simply selling the hotel as a cash stream.

But my question is who bears responsibility for “doing nothing”? The State Property Fund? A minister or deputy minister? Is there some kind of responsibility for inactivity at all? Officials bear direct responsibility for nothing occurring. And in this way, they are undermining the president and the entire country, – summarized Igor Mazepa.

Commented in his exclusive interview for Interfax Ukraine news agency Igor Mazepa, the Founder and CEO of Concorde Capital, the current status of privatization of President Hotel (Kyiv).