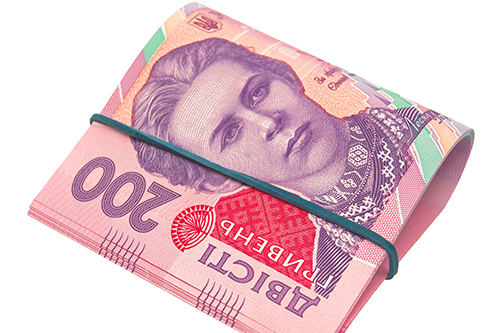 Ukraine’s national currency, the hryvnia, strengthens when supply of foreign currency exceeds demand on the local market. Obviously, the main source of “excess supply” on the market has been foreign currency that non-residents brought to Ukraine with the goal of buying Ukrainian bonds denominated in hryvnias. Only in July, the amount of Ukrainian bonds in the portfolios of non-residents grew by UAH 17.8 bln. It has swelled by UAH 67.7 bln since the year’s start.

On the other hand, the situation with the current account of the balance of payments in the year’s first half was relatively positive. Import growth rates were moderate, while agricultural exports supported the growth of overall exports at a solid level.

The current level of interest rates, amid conditions of a stable or strengthening hryvnia, makes Ukrainian bonds a very promising investment. Regardless of the Finance Ministry reducing rates for quite an extended time, the interest of non-residents in buying Ukrainian paper has not fallen. Such a situation can  continue through the year end, and revaluation is still possible.

Today alone, the hryvnia will strengthen to beyond UAH 25/USD.

We expect a significant weakening of the hryvnia in the fourth quarter. No matter what happens, Ukraine is a country with high investment risk, and purchases of the paper of such countries among foreign investors usually close very quickly if something doesn’t go as it should, particularly with an entirely new government, which will take office in September.

In comparing the current situation with 2008, the situation on the ForEx looks a bit similar. The current excess supply in foreign currency is predominantly related to a single source. As mentioned earlier, this source can become exhausted and the situation can change dramatically. If the reversal is swift, this can cause panic in the market and quick devaluation.

It’s important to remember that the main devaluation factor – a deficit in current account operations – will not go anywhere. Supporting a stable exchange rate in conditions of a trade deficit is possible, but a stable flow of foreign currency to the financial account is needed for that. Yet this flow should be provided not by quick bursts of cash, but predominantly by direct foreign investment, which is not apparent at the moment.

Igor Mazepa about his investments in Ukrainian assets
Scroll to top