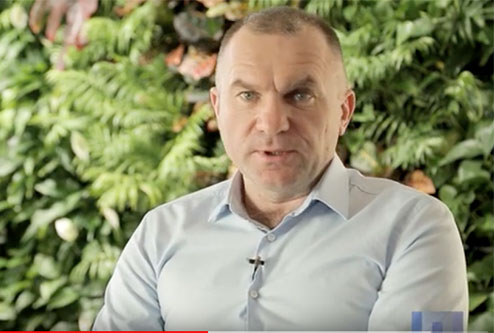 Concorde Capital CEO Igor Mazepa commented on the arrival of the German pharmaceutical company Stada to the Ukrainian pharmaceutical market, which he views as the start of a trend of growing foreign interest in Ukraine.

Unfortunately, in the last five to seven years, foreign investors have been leaving Ukraine more than arriving, Igor Mazepa said, pointing to the examples of Shell and Heidelberg Cement. So, the arrival of such a well-known international company as Stada to the Ukrainian market offers hope that the interest of foreign investors is growing.

As an example of Stada’s potential in Ukraine, Mazepa pointed to the Ukrainian pharmaceutical firm Biopharma, which can generate about USD 10 mln EBITDA in operational profit, according to the estimates of Concorde Capital’s analysts. That’s if we talk about the separate business of producing generics – those medical drugs that have been on our pharmaceutical market for a long time and are distributed throughout the world, Igor Mazepa said.

Concorde Capital analysts have also determined that its EBITDA multiplier could become about eight. If we multiply USD 10 mln by 8, then we reach a value of about USD 80 mln for an asset similar to Biapharma, Igor Mazepa said. These estimates could have inaccuracies of a technical nature, but Concorde analysts believe a multiplier of about eight for such deals is absolutely applicable.

The last time we saw on the market a similar deal was way back in 2007, Mazepa said. In essence, we can say this is a first swallow, when a truly market-oriented player – renown around the world – enters Ukraine and buys Ukrainian assets at a justified, market price, as Ukrainian assets should be appraised.

In the next few months, another two to three large deals should likely be reached involving well-known international players in other sectors, Igor Mazepa said. This is the beginning of a trend of an arrival of long-term foreign investors to Ukraine, he said, not merely speculators.

Ukrainian investment companies, including Concorde Capital, are working on deals involving local companies in the consumer sphere. With consumption is a major growth driver, Igor Mazepa said, GDP will have grown about 4% in 2019, with expectations of 3.5%-4% GDP growth in 2020.

The main reason for such growth is consumer demand, Igor Mazepa said. People are earning more money and they can demand more. That’s why we expect growth in the interest of foreign investors in Ukrainian companies working in the consumer sphere, he said.

Igor Mazepa: tricky situation with privatization of the Krasnolymanska coal...
Scroll to top