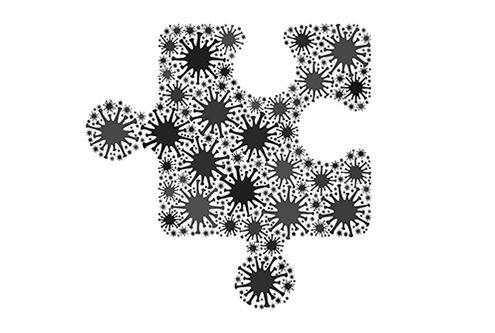 Igor Mazepa, the CEO of Concorde Capital, examines whether the coronavirus will become a black swan for the world economy and what it entails for Ukraine

Investment banker Igor Mazepa, the founder and CEO of Concorde Capital, examined whether coronavirus can become a black swan for the global economy and what it entails for Ukraine.

While panic from the coronavirus is growing on the global equity and commodity markets, Ukraine remains calm and it’s likely to remain so, Igor Mazepa said.

It’s critical to not allow the spread of this new contagion within Ukraine, Igor Mazepa said. It’s just as important not to become infected with something more dangerous, which is panic among the public or apathy in the government, he said.

“In recent years, panic has developed a certain immunity among us, unlike in the stable Western countries. So I’m not worried about that,” Igor Mazepa said. “And I think the government won’t become apathetic and abandon reforms if it has an instinct of self-preservation.”

What’s most important is the hryvnia’s stability being preserved, Mazepa said. Even if the current panic on the markets grows into an extended financial crisis, the situation for Ukraine will strongly differ from the 2009 crisis, he said, during which the hryvnia’s value collapsed.

Mazepa recalled that in 2009, the Ukrainian economy severely suffered from a fall in demand for Ukrainian metallurgy and machine-building. These industries brought Ukraine more than half of its revenues from goods exports, and underwent an outflow of speculative capital, which actively arrived during the prior three years.

Now, a decade later, metallurgy and machine-building bring Ukraine 20% less export revenue than in the crisis year of 2009, and their share of exports is less than a third, he pointed out. These spheres are no longer a source of support, neither for the Ukrainian economy nor the hryvnia, Mazepa said. As for the prospect of losing speculative capital, it has only begun to seep into Ukraine after the 2014 crisis.

Therefore, its possible outflow – if that happens – won’t significantly affect the balance of payments, he said. Also, Ukraine’s international reserves accumulations in the last few years will help to calmly handle a possible small outflow of capital.

Most likely, as a result of growing uncertainty, consumer demand for durable goods will plummet, and companies will cut their investments. In turn, that will depress demand for imported goods and services, which – coupled with a drop in energy prices – will shrink Ukraine’s trade deficit, Igor Mazepa said.

“It may also – for the first time in many decades – lead to us exporting far more than importing,” he said. “Our research at Concorde Capital lead us to believe that such a development of events won’t lead to the hryvnia weakening.”

Another result of falling demand will become growth in savings, prompting more availability of hryvnias – particularly in Ukraine’s banking system – that will reach record levels, Igor Mazepa said. Moreover, it’s unlikely that these surplus hryvnias will migrate to currency exchangers since the dollar has already lost its status as a reliable means of preserving capital in recent years.

Also very important, the global crisis will become a serious test of the resiliency of Ukraine’s budget, he said.  Revenues will probably be much lower than planned since business activity and revenue streams from imports – the two main sources of budget revenue – will decline.

All the while, the burden on the budget will grow since reduced business activity will lead to higher unemployment, Mazepa said. In addition, the government will need to finance more actively preventative measures against the virus.

In this way, the budget deficit will swell, and financing it will be much more complicated than in 2019, Mazepa said. “After all, as we have seen in the latest news reports, foreign speculators have already succumbed to panic and have stopped lending to the Ukrainian government at unprecedentedly low rates,” he said.

But Ukrainian banks can come to the rescue here, simply having nowhere to dispose of their surplus hryvnias. At the same time, rates on government bonds will have to rise. “In this situation, the banks will have hit the jackpot,” Mazepa said. Other sources of support for the state budget can become financing in foreign currency, from both official (from the E.U.) and private (eurobonds) sources.

Renewing IMF cooperation is critical, Mazepa concluded. “And that’s positive, since our government will have to continue its reforms for that. And that means being predictable for the whole world. That’s how Ukraine can emerge as a stronger country from this crisis,” he said.

These were Igor Mazepa’s comments on the panic on the global equity and commodity markets from the coronavirus, as well as the risks posed for Ukraine, in his column for the Ekonomichna Pravda news site.

Igor Mazepa: the National Bank has reserves to withstand pressure on hryvnia...
Scroll to top