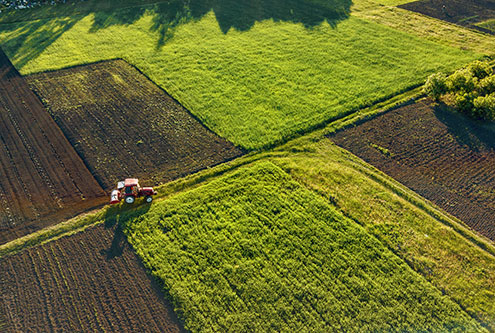 What does extending the moratorium on farmland sale for another five years mean for Ukraine? How does that influence the investment climate and flow of foreign capital? What do average Ukrainians lose from the moratorium being extended? I have some thoughts on this topic.

Arguments PRO why moratoria are wrong for the economy have been communicated by experts and journalists for many years. It’s not only the inability to sell one’s own property (a moratorium on the sale of apartments is an excellent analogy). It’s also the inability of land owners to gain income (rental rates are depressed under a moratorium), the degradation of land quality (renters treat the land as if they’re disposing of it) and large-scale buy-sell schemes that are off the books (it’s only the law-abiding citizens who end up being forbidden to trade in farmland).

But the main negative from the moratorium that is not often spoken out loud is tied to Ukraine’s reputation. Being one of the last countries on the planet where the trade of farmland is forbidden, it’s impossible to convince anyone of our development and prospects.

There’s no need to be surprised at the “lack of perspective” of politicians who don’t understand the advantages of a free land market. They are simply responding to societal demand. And surveys show that only 20% of citizens support removing the moratorium, while about 40% are fierce opponents to the free trade of land.

Will the moratorium be extended this time? I think it will be. Any sharp movements on such a sensitive issue on the eve of a year of two key elections is simply a gift to any political opponent.

What needs to be done at the moment?

Ukraine has traveled a long path in recent years. Some work has been done with reforms. But the country has yet to “light up” on the maps of investors. The stream of investment that we’re receiving is paltry. And the war has nothing to do with it. And in my view, even corruption is not a key factor. We performed much work in order to survive, but we haven’t done anything for us to be perceived as a reliable partner for business. For investors, we are still a destitute Ukraine stuck in populism. Only now it has been «покоцанная» further worn/twisted by the last crisis.

Investors need a signal on real changes. The balanced 2019 budget under IMF pressure is not that signal  –it was a required measure. We need to impress. Or as one politician put it, we need “to turn on Ukraine.” Removing the farmland moratorium can become the signal that will cause investors to look at our country with new eyes.

Losses from the moratoria for the country’s economy are estimated at tens of billions of dollars. But these losses don’t take into account the lost profit from having the image of a backward society, where there isn’t even a farmland market. And the side effects from the prohibition on trading one’s own property are even greater, in my view.